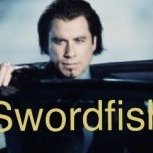 I’m obviously going daft. I can’t see where swordfish suggests the dispute is with Rob. Why does Rob think he does?

Can you believe this cunt. He slags swordfish off blaming him as his neighbour now wants to redeem by helping him out. Who voted this dickhead in. This man is in Tynwald court and voting on "our" beha

Whatever, I’m sick of it. The minute his name is even mentioned on here all this bitter shite happens again. I thought that had all stopped now. It’s a bit like Fawlty Towers; whatever you do don’t me