Public 'prepared' to pay for healthcare 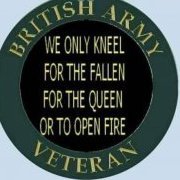 Once again this inept bunch fail to understand just how cost cutting works. Their continued push towards charging for everything and anything proves they are out of their depths and protecting the equ

*MASSIVE POST WARNING* I’m fortunate that through various family members I have a perspective on the NHS that stretches back almost to the very first days in 1948; admittedly mostly a UK perspe

Eddie Teares pension meddling is at the root of many problems ! After having a rant on the telephone to a senior guy in government he said to me " we told him not to do these things " How true th