Where did this start to go wrong for Howard Quayle ?

As far as I can see, RM thinks about what he says and does research, it is an open forum after all. I don't always agree with what he says but it's usually reasoned argument and very readable!

I didn't pick up this ridiculous comment yesterday because I was never sure if @chancer was a parody account or not.  If I wanted to mock the self-defensiveness of a certain section of the Manx establ 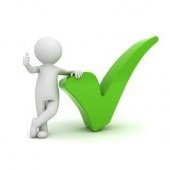