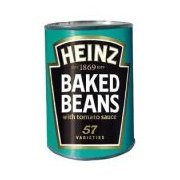 Ouch, this thread is back. Not unexpected I suppose.

This is what is so extraordinary.  Except it now appears they had since Wednesday morning to get the response correct and they still managed to come up with something that made a staged denunciation a

With respect, you are. Without @rachomics on island PCR testing for covid would not have happened when it did, if at all. Of course, Rizwan Khan and Steve Doyle were vital too - sorry don’t know Dr Sh