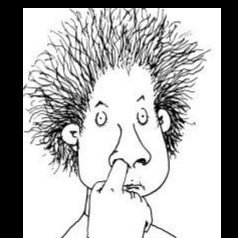 I see now that Hamilton doesn't have the best car by a distance he's struggling.