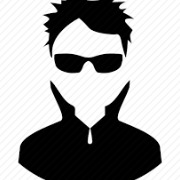 The place certainly needs sorting out. The priority of any new incumbent must be to make the facility as user friendly to passengers and airlines as possible rather than wasting money on vanity projec

He can start by firstly asking the question WTF is that clown Spake doing anywhere near the management of an airport?

It says they are experts at transformation ... they are right, they've transformed Ronaldsway into the biggest shit show laughing stock you can imagine, and spent 100 million doing it !